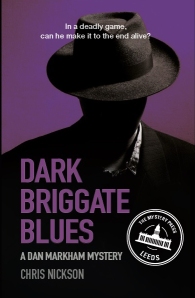 Leeds 1954. When Joanna Hart came into his office, enquiry agent Dan Markham thought it would be an easy case. All the blonde with scarlet lips and swinging hips wanted was to know if her husband Freddie was unfaithful. But when the man is killed, Markham’s involvement makes him the prime suspect. As the evidence piles up against him, he realises someone had set him up.
In a deadly game, Markham has to battle to keep himself and his client alive. All he can rely on are his wits and the rusty skills he acquired during his National Service in military intelligence. But can he hope to be any match against the killer who has spies on every corner in Leeds and a reach that goes all the way to Whitehall?
Jazz plays a powerful role in the book, and you can listen to Dan Markham’s choices here. And here is a short piece about the music itself.
Here’s a lovely interview in Living North magazine.
The first review is in, from the Crime Fiction Lover blog, and it’s wonderful. Read the whole thing here – this is an extract:
“Throughout there is lovely period detail, and I enjoyed the contrasting lifestyle of the Leeds enquiry agent compared to the standard American private eye. The changing relationship between Markham and Baker, as he slowly gains the latter’s trust, is nicely conceived and executed. Markham himself is an engaging character, and lacking in the cynicism of his hardboiled counterparts…If like I was you happen to be sceptical about a Leeds-based PI series, I urge you to put that aside and give Dark Briggate Blues a chance. It’s the start of what promises to be an interesting series.”
And this from the Historical Novel Society:
“This is a tense thriller, all the more disturbing for the ordinariness of its setting among the smoky, rain-slicked streets of a northern industrial city. Nickson has captured the minutiae of the mid-20th century perfectly – with illegal drinking dens, Kardomah coffee houses and the Craven A cigarettes that Dan smokes. Dan, himself, is a bit of a new man (he can whip up a nice omelette with a touch of exotic garlic) and Carla, strong-willed and independent, is a great match for him. We also have a well-drawn villain (who thinks he’s untouchable) and a very nasty selection of thugs and “bent coppers” who are around to do his bidding. Thoroughly recommended.”
Following that is a wonderful review from the Hull Daily Mail. 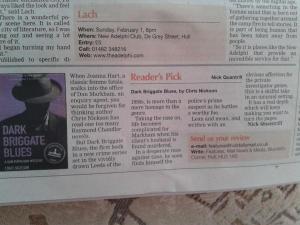 An article from Northern Living. 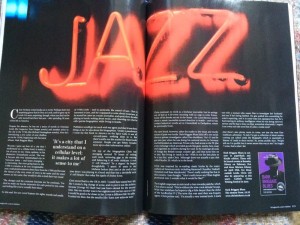 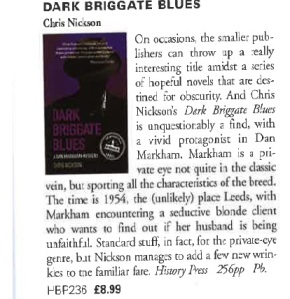 A nice review from Eurocrime here, and an extract:

“Altogether DARK BRIGGATE BLUES is smoothly written, involving and has plenty of suspense and good characterisation. With a second book in preparation, I wish “Dan Markham” well in establishing his noir investigative career.” 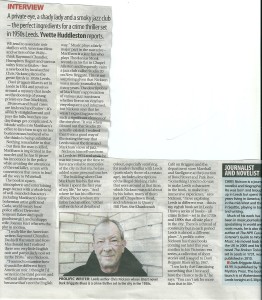