Yes, The New Eastgate Swing is officially here, and the launch is just around the corner (Thursday, February 11, 7pm at Waterstone’s in Leeds – with FREE WINE), the perfect place to buy a copy, although other Waterstone’s and vendors are available, of course.

Having given you one taste of the book, here’s another, just enough to twist your arm and make you part with your money, I hope…

He was reading The Quiet American when the telephone rang. Without even thinking, he reached over and lifted the receiver, hearing the coins drop into the box when he answered.

The voice was so familiar. He ought to know it … then she gave a soft, throaty chuckle and he could place her. Carla. She’d walked out of his life three years before, caught up and broken by the case that ruined his fingers. There’d been a final meal when she made her farewell and then she was gone. He’d loved her. It had taken months for him to realise that, even longer before her ghost stopped walking through his dreams.

‘I’m doing quite well,’ he answered hesitantly. ‘What about you? Where are you?’

‘I’m down at the station. My train’s been delayed. Look, I don’t suppose you fancy a drink, do you? I have a couple of hours to kill.’

‘Of course.’ He didn’t even need to think about it.

‘Oh good.’ She sounded genuinely pleased. ‘The Scarborough Hotel in a few minutes?’

Markham surfaced to the sound of banging, not sure where it was coming from as he opened his eyes. Blinking, he glanced at his wristwatch. Five minutes to four. Almost like night outside.

The noise continued, steady and growing louder. The door. Someone was knocking at his door. He struggled up, body still feeling heavy and moving slowly, dragging on shirt and trousers.

‘Hold your bloody horses,’ he shouted.

Dressed, pushing his fingers through his hair, he turned the lock. There was a man in a trilby, cheap suit, and worn mackintosh, a thin Clark Gable moustache over his upper lip. Next to him a copper in uniform, the point of his helmet almost touching the ceiling.

‘Are you Daniel Markham?’ the man in plain clothes asked. He was short, probably the bare minimum for a policeman, with an aggressive, bantam expression on his face.

‘I’m Detective Sergeant Anderson, sir. I’d like you to accompany me down to the police station if you’d be so good.’ Everything very polite, but the tone brooked no objection.

‘Why?’ he asked in confusion. ‘What’s happened?’

‘We have reason to believe you might be able to help us in our enquiries.’

‘What enquiries?’ He put a hand against the jamb. ‘If you want me to help you, I want to know with what.’

Anderson glared at him.

‘Do you know a man called Morten Blum?’

He could feel the pit of his stomach sink.

‘I know who he is. I’ve never met him. We were hired to check on him – my partner and I. Why? What’s happened?’

‘He’s dead, sir, and under very suspicious circumstances. If you’d like to get your coat, we can be on our way.’

‘Yes, of course.’ He slipped on a sports jacket, the overcoat on top, and gloves, then turned out the light and locked the door before following them down the stairs.

Christ, what was going on?

Moving in a crouch, running through the empty space with his heart in his mouth, it was like being back in the training he’d had at Catterick Camp. The only difference being that there was no sergeant screaming at him.

By the time he reached the building he was gasping for breath and his heart was pounding. He waited for Baker. The only sound was the deep thrum of a generator from somewhere inside.

Then the man was there. He’d moved in silence. Markham could feel breath against his ear and two quiet words: ‘Follow me.’

Baker knew what he was doing. He seemed to go on instinct, to disappear as he moved, almost impossible to spot. His footsteps hardly seemed to disturb the ground. Finally he halted.

‘There’s a door a few yards along. We’ll go in there. Give it ten minutes. If the watchman’s coming, he should have passed by then.’

‘What the hell did you do in the war?’

‘Didn’t I ever tell you? I was in Number 4 Commando. Now keep your head down and stay shtum.’

The seconds seemed to stretch out endlessly. Markham could feel the sweat rolling down his back and his hands were clammy.

Finally there was a nudge in his ribs and a hand gesture. They crept to the door and Baker handed him a torch.

‘Keep that shining on the door whilst I open it.’

The lens was taped so only a pinprick of light showed. He focused the beam on the lock. A few movements and he could hear the tiny click as it freed. The handle turned and he held his breath, praying there was no alarm.

Just silence and they slipped inside. Baker closed the door behind them.

‘We can breathe a bit easier now,’ he said. He sounded relaxed, almost happy. ‘The watchman won’t come inside.’

‘Stands to reason.’ He was still whispering but the words seemed to echo away into the vastness. ‘If there’s something secret in here, they won’t want everyone seeing it.’ He switched his torch back on, letting the light play around on the far walls. ‘This is too big for us to search together. We’ll have to split up. You go to the left. Keep your gloves on and the beam covered.’ He glanced at his watch. ‘Meet back here in half an hour.’

He began. It was nothing more than cavernous, empty space. Each footstep felt as loud as a scream. He kept one gloved hand over the torch lens, giving just enough of a glow to direct him.

A door ahead was unlocked and took him into another part of the factory. This had been divided into smaller rooms. He tried every door. All offices, all empty. A row of them that stretched into the distance. How big was this bloody place, he wondered?

The last door stuck. But it wasn’t locked. Markham put his shoulder against it and pushed. It gave noisily, scraping against the concrete floor. He held his breath, expecting to hear someone running, alerted by the sound. Nothing. There was only silence.

A camp bed, the type he’d seen so often in barracks. Sheets and blankets neatly folded. In one corner a sink with a towel hanging over the edge. And in the air, something familiar. Just very faint, but definitely there.

The smell of Amanda Fox’s perfume.

Markham began to search, opening up the bedding, the towel, looking everywhere for any definite sign she’d been here. On his hands and knees he looked in the corners and along the skirting board. Something glinted under the bed, against the wall. He stretched, fingertips rubbing against it, then pulled it towards him. A gold ring. A wedding ring with some fine engraving and a beautifully set sapphire. He’d seen it before. It had been on her hand the last time she’d come to his office. He slipped it into the side pocket of his battledress trousers, and made sure everything in the room looked the way it had before.

Questions. Too many of them and not enough time. Only fifteen minutes left.

He moved quickly, trying to stay quiet but needing to check everything. Three locked doors; he knocked softly in case she was inside. No answer, only the soft, constant hum of machinery.

And no Amanda Fox.

He was back at the meeting place on the dot of half an hour.

‘I–’ Markham began, but Baker cut him off.

‘You need to see this.’ His voice was sober and chilling. ‘Now, Dan.’

He led the way as if he’d memorised it, barely needing the light. The path twisted and turned until he stood in front of a door.

Mystified, he turned the handle and switched on the beam.

The room was as big as a football field, the ceiling high above, lost in the darkness. At first he couldn’t make out what filled the space. Then he realised: boxes. Cardboard boxes, folded, waiting to be assembled. Each one about six feet long and two feet wide. Wave after brown wave of them. Thousands of them.

More than that. Hundreds of thousands of them. Maybe millions.

‘But,’ he began and understood he didn’t have anything more to say. He let the light play over everything. There were acres of them.

‘Everything ready for when they drop that nuclear bomb.’ He heard the long sigh. ‘I just wanted you to see it. We’d better get out of here.’ 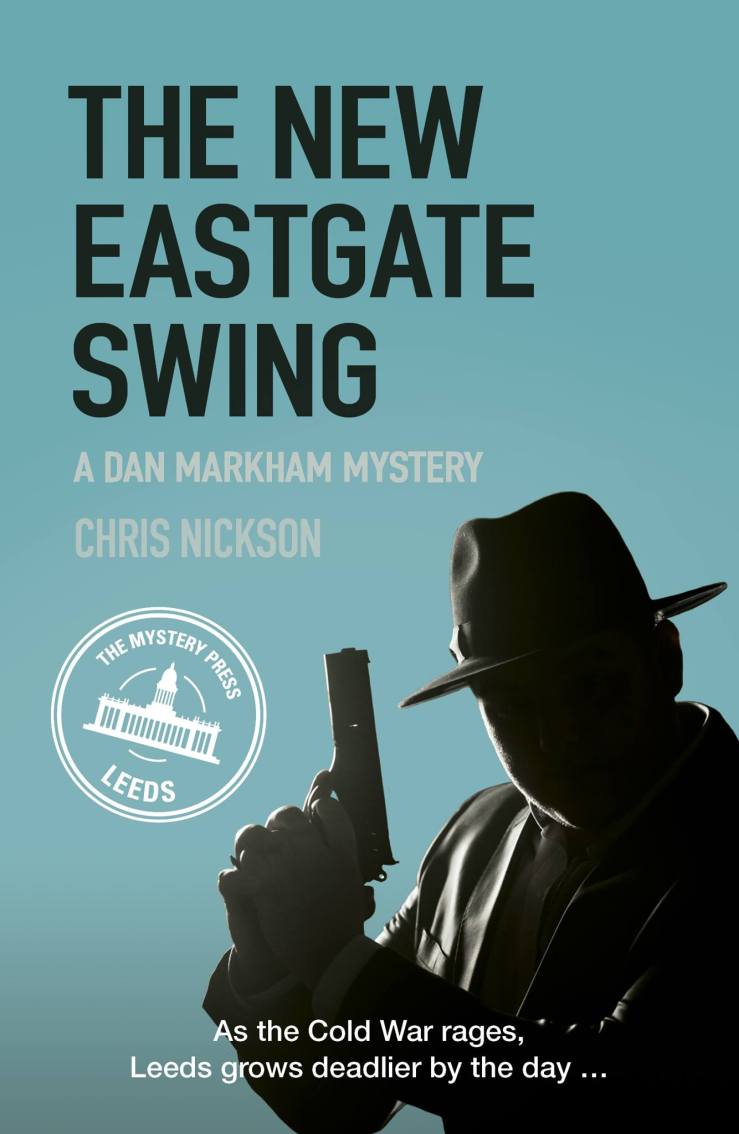