‘I started out in the mills when I was nine. It’s a hard life, I can tell you that right now. Moved into service a few years later because it paid better and it wasn’t as dangerous. I’m still not above scrubbing a floor if it needs it, or giving something a cleaning. Most of the girls I played with ended up doing the same. Maids or mills. If I ever see them now, the ones who are married have five or six children and husbands who bring in next to nothing every week. They survive, and that’s all they do. It’s down to the pawnbroker with the good clothes of a Tuesday morning so they can last until their men are paid. Redeem everything Friday evening. Do you know what they wish for when they’re walking down the street holding everything of value that they own? That their little ones will have something better. But they won’t. Do you know why not? Because there’s no one to speak up for them. They live, they die. Probably half of the girls I played hopscotch with when I was in pinafores are in the ground now. I’m not saying having the vote would put everything right. I’m not a fool. Men will still run things, same as they always have. There’ll still be more poor people than you can shake a stick at. But at least we’ll have a say. All of us. That’s the women on Leather Street, where I grew up, as much as anyone here. Maybe they need it even more than us. I’ll tell you something else. Every day, every single day, I see women with all the hope gone from their faces. It’s been battered away long before they’re old enough to work. And we need hope. That’s why every woman needs the vote. Every man, too. The only way those men standing for Parliament will ever do anything is if they need our votes to win. Half their promises will still vanish into thin air. Of course they will, they always do. And they still won’t do anything more than they absolutely have to. But for the first time they’ll have to listen to us.’

Find out more. Read all about Skin Like Silver, coming in November. 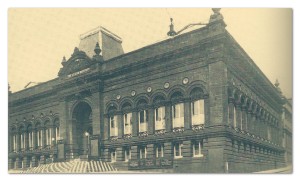 Find out more, Read all about Skin Like Silver, coming in November