Maybe quite a few of you know I spent 20 years living in Seattle. It’s not Leeds, but I have a lot of affection for the place, and it has a wonderfully colourful history.

I was reading back over some of that and I realised that the Klondike Goldrush era of 1898 was fertile ground for a fiction writer. Thousands of people came through Seattle, looking to make their fortunes in the Yukon. The city was wide open – like a more urban version of Deadwood, perched out there on the edge of America, as far as you could go without getting on a boat.

So I started a little something. Seriously, please do tell me what you think. I”d like to know. I’ve written a bit more than this, but i’m not giving it all way…

He stood in the middle of the sidewalk, thumbs hooked in his vest pockets, blocking the way.

‘Yeah?’ One of the young men asked. He had a cocky curl to his lip and a wisp of a moustache.

‘That’s right. Doesn’t take five of you to handle an old man. Look at him, he’s not likely to hurt you. Hell, you’ve got his hands tied and his denims round his ankles. All he can do is waddle.’

‘What you going to do if we don’t?’  The young man shoved his prisoner and sent him sprawling down to the ground.

‘This.’ He’d hardly seemed to move, but suddenly there was a gun in his hand. A brand-new Colt, pointing level and steady.

‘There’s five of us here.’ The young man was still grinning, pushing the derby back on his head. A faint Southern drawl to his voice. Another goldrush stampeder.  ‘You can’t take us all.’ He glanced over his shoulder. The crowd that had been following was quickly melting away.

He didn’t bother to reply, just moved his gaze from one face to the other along the line. Two of them couldn’t meet his stare. No need to worry about them.

‘He tried to cheat us at cards,’ another voice said. ‘He was fixing the deck.’

‘Charlie Turner? He couldn’t fix his own shoelaces. Now get out of here while I let you.’

With one hand, he turned the lapel of his coat to show the badge.

‘Seattle Police Department.’ He waited for a moment. ‘If you want to complain, my name’s Detective John Linden.’

He waited until they were fifty yards away before he helped the man to his feet and cut the rope holding his wrists behind his back.

‘Pull up your pants, Charlie. You got an old man’s legs.’ They were spindly and hairless, pale as a clam shell where the legs of the grubby union suit had ridden up. Hurriedly, Turner dressed and tucked in his shirt, then patted his pocket. ‘They took my gun.’

‘Take a walk up First Avenue. There’s a dozen pawn shops be glad to sell you one cheap.’

‘They took my billfold, too.’ 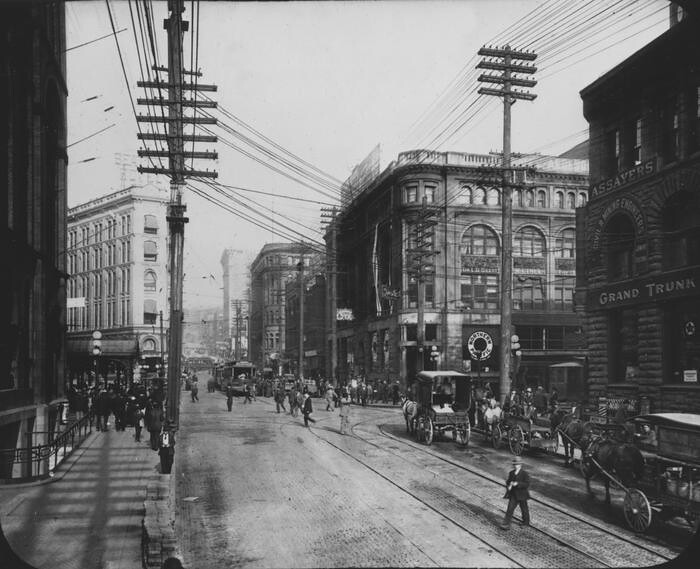 Linden shook his head. ‘I’m not giving you anything. Get a job and earn some damn money. Go up to the Klondike. Everybody else is. You might get rich in the gold fields.’

‘Me?’ Turned opened his eyes wide in panic. ‘Way too cold for me up there. I’m grateful, John. I really am.’ He scurried away.

One of these days he wouldn’t be around to save Charlie and his body would turn up on the tideflats. Nothing he could do about that. Linden leaned against the telegraph pole, pushed up the brim of his homburg hat and felt the sun on his face. The middle of July and Seattle’s summer had begun. With luck, it would stay this way until October. A small breeze brought the welcome smell of salt water. Out over Elliott Bay a seagull cried then dived down to the water to snag a fish. Boats crowded along the wharves, ready to fill up with passengers who all just knew for a fact that a fortune was waiting just for them in the Yukon.

He remembered the news that arrived down the line, hours before the Portland steamed in. Just a year ago now. It was carrying a ton of gold the first prospectors had discovered. It had been on the wires all across the United States long before the sun went down. Two days later the first of the hopefuls arrived, looking to book passage and make themselves Kings of the Klondike. A few Queens, too. The gold was there for the taking, they believed.

It hadn’t stopped since. Hundreds of them still coming every week. America was crammed to the gills with fools who wanted to get rich quick. Every hotel, rooming house, every single barn in Seattle was full each night. The first month it had cost two bits for a bed, then four, six, and now it cost a dollar and a half for a crib, cash up front. 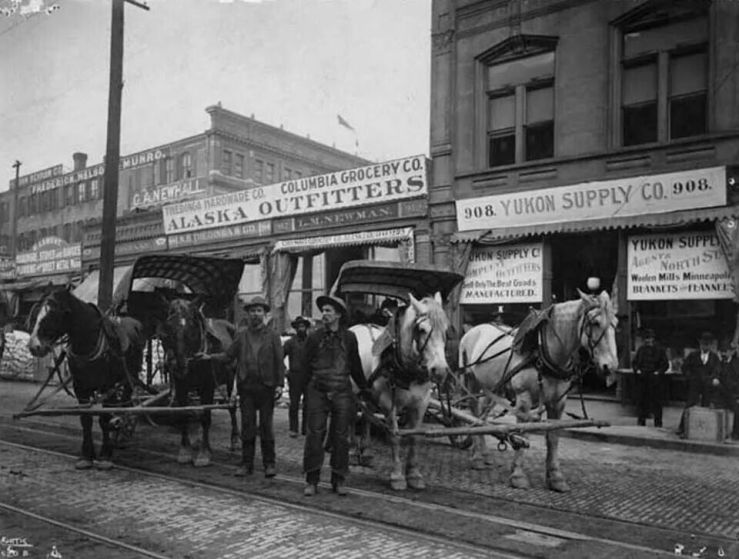 The city rumbled and roared, all day and long into the night. Drink and card games, the girls in their little rooms in the box house theaters or in the brothels. Seemed like every sporting man and girl from across the West had flocked here, too, ready to fleece the hopefuls before they could even head north. People with hard eyes, short tempers and violent ways. He’d put away his share in the last twelve months. Next to them, Charlie Turner was nothing, a harmless little man. But even the harmless could end up dead. 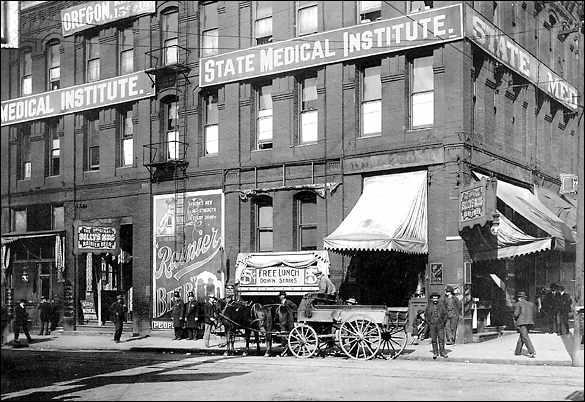 He stayed for five minutes, eyes closed, trying to find a little pleasure in just being there. But he couldn’t shake the feeling in his gut.

Something bad was going to happen.

(I’m sure it’s not necessary, but the words are copyright Chris Nickson, 2019).