I write. It’s largely how I define myself, it’s what I love to do. My chance to be published arrived when I was 54, and since then I’ve grabbed it with both hands. And until three years ago, I was generally as happy as Larry.

Since then, however, I’ve gone up and down. It’s politics, and I know I’m far from the only one. But I’m lucky, I do have something to take me away from the world and its problems for a while. 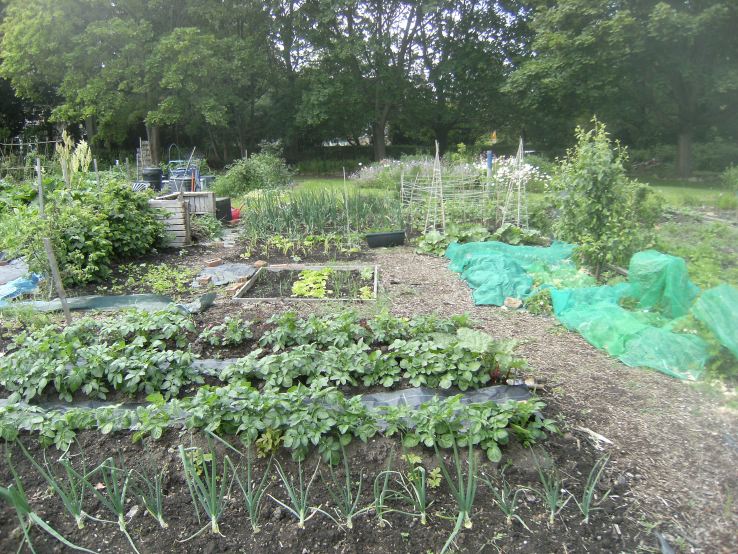 Maybe it sounds silly that a piece of ground 10 metres by 7.5 could bring me so much joy, could lighten the load so much, but it does. I’ve had the allotment for four years now. It came with raspberries, blackberries, redcurrants, rhubarb, and strawberries. It was overgrown and neglected. It needed plenty of work. It was utterly on a whim that I call in a put my name down for one. I didn’t really garden, and flowers had never greatly interested me. But after about twelve months I received a call – was I still interested.

Yes. The romance might not last, but I’d give it a shot.

That first year was mostly about that. I enjoyed the fruit, apart from the currants, which I dug out, and I had chance to clear a little ground a plant a few things. Since then I’ve been watching, listening, reading, learning and experimenting.

The winter days when I can dig in compost and manure and wonderful, as if the year is beginning to wake and I can stretch my muscles after a few months of doing nothing. It’s not nothing, of course – garlic and some onions have gone in during the autumn – but it feels like it.

I could go on about the things I’ve done but let’s face it, unless planting things is a pleasure for you, then you’ll find it boring. Let’s just say I’ve made some big changes in the last 12 months; well, as big as you can on 170 square metres. And this year I feel I’m utilising every scrap of space. It means I have to tread very carefully to avoid killing plants.

What is growing on the plot? I’m glad you asked… 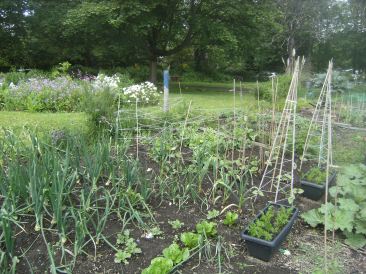 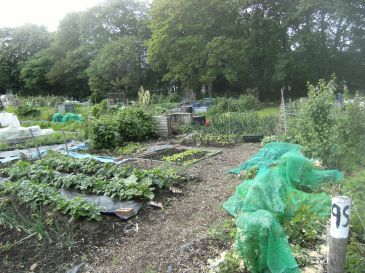 When I’m there I’m doing what needs to be done, the physical work that requires thought solely about the task at hand. I never consider checking my phone. It only comes out if I want to know the time. In today’s world, that’s freedom of a sort.

I could talk about mindfulness, that trendy word. But instead I’ll simply says that going there (it’s about five minutes’ walk from home, which was part of the appeal) makes me feel better and happier.

And there’s a hug bonus. All that fruit and veg, with things to ear from May onward. From the look of the strawberries, I’m going to be making plenty of jam this year (I know, there’s no need to say a word…).

It’s not something that would be a slave for everyone. It works for me, and that’s fine. So if you ever wonder what I do when I’m not writing books set in Leeds, now you know.