It’s been quite a moving week. Digging deeper into my family tree, I discovered that my great-great grandparents both rest in common graves at Beckett St. Cemetery in Leeds, bundled in there with quite a few others. The man from the Friends of the Cemetery – it’s no longer in use – show me the overgrown places.

But plenty more of my relatives lie there. Several members of the extended family sharing one plot. One of the pleasure of this week has been finding a couple of them, and cleaning off the weeds around one of them. 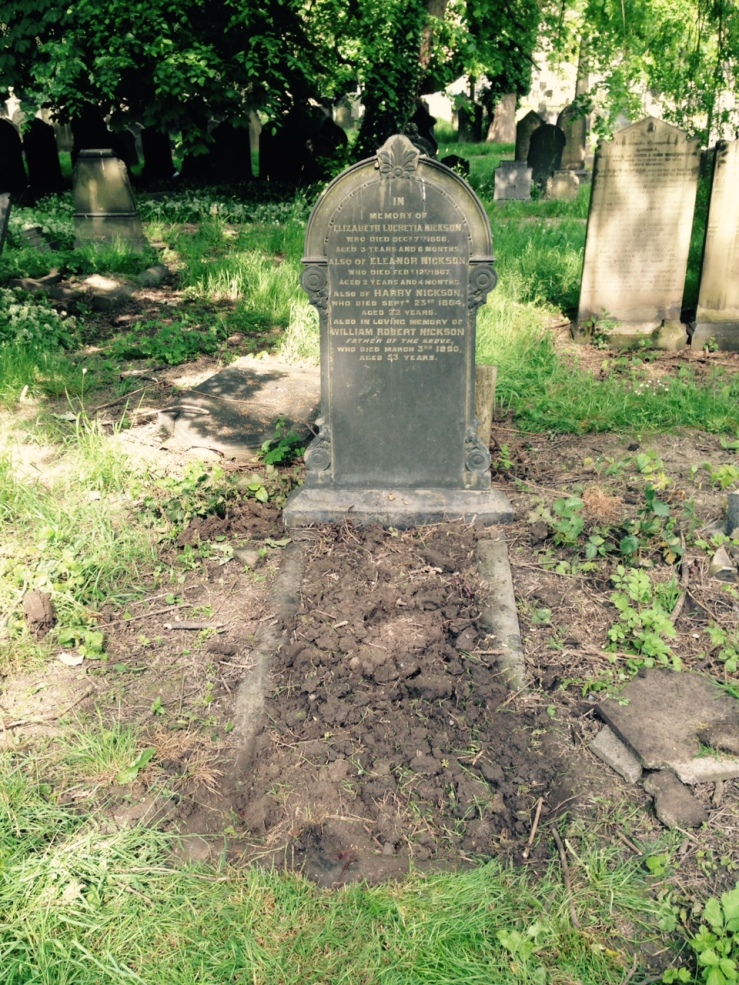 I’m trying to clean the stone on the other, but things I have don’t seem to work well, so I’m open to ideas if anyone has good suggestions. 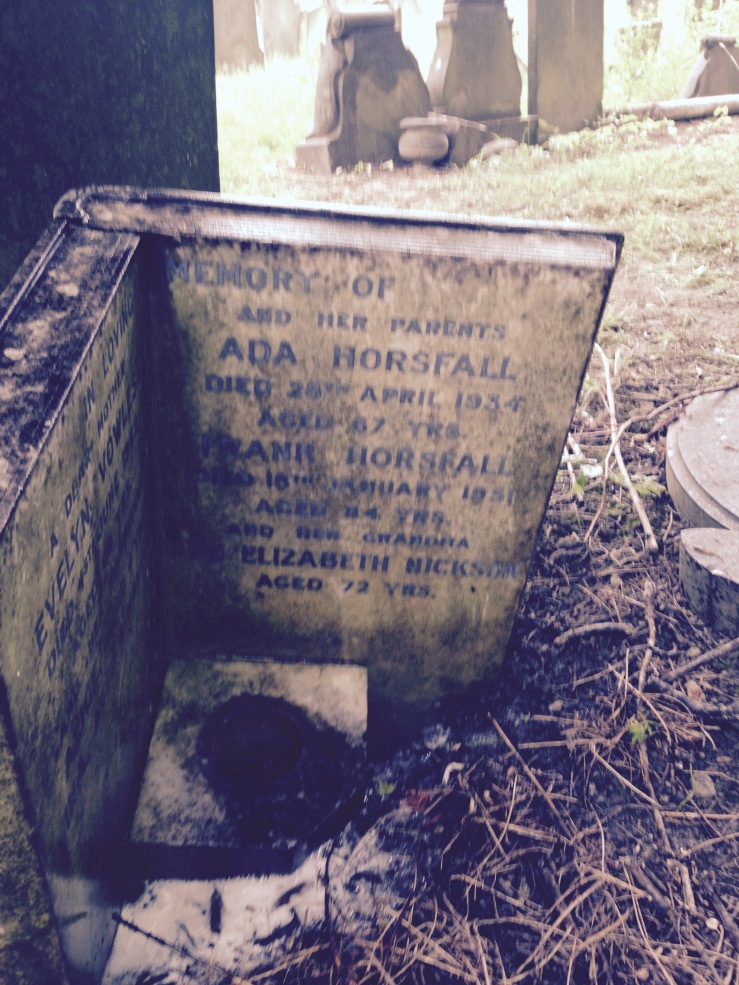 And then the discovery that one relative is buried in a guinea grave. The idea is much as it sounds. You share the grave with a number of others, but for your guinea, your name is on the headstone. You’re remembered, and that’s important. For Edward Nickson, who died in 1900 aged three months, what else could there be from such a short life. 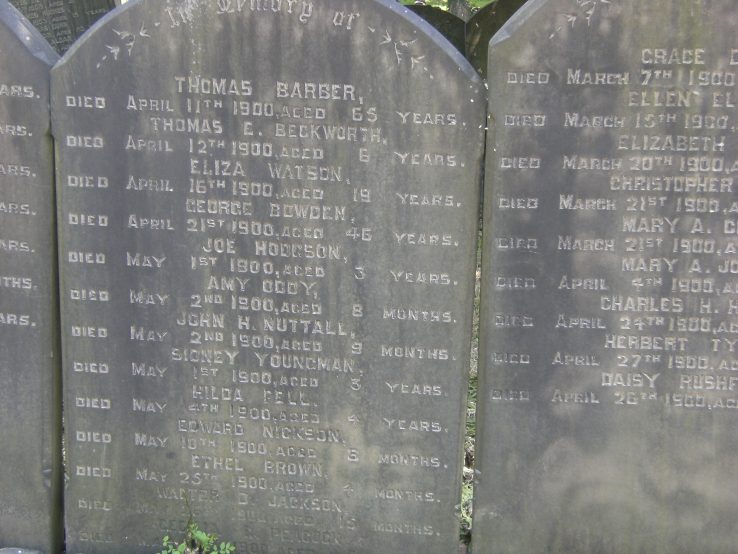 There was one more family grave, but it was shown as not having a headstone. When we reached the plot, though, there was a broken headstone, face down I the ground, looking as if it had been that way for many years.

Yesterday I returned with a spade and was able to turn the top part of the stone. For the first time in decades, the names of my relatives saw the light of day. That meant something to me. 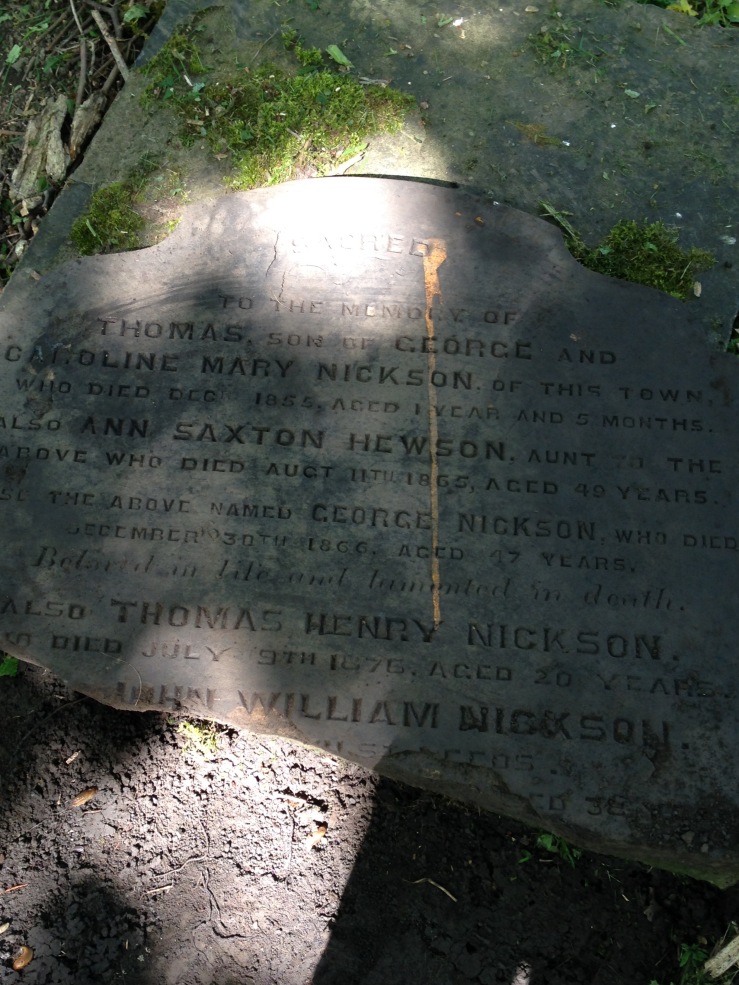 I couldn’t shift the bottom part of the stone until I returned today with help. And we put the two of them together. 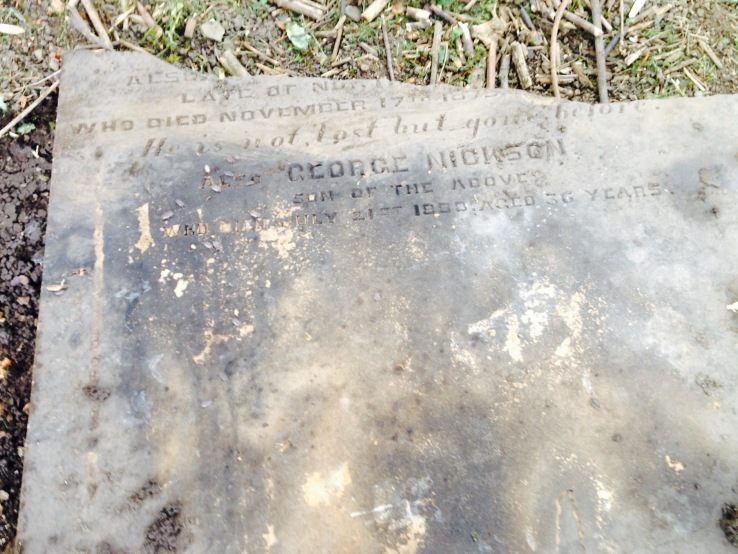 It’s an odd feeling to be in such close contact with family members who’ve died. Especially as I’ve never been a big one for family. But this exploration of the past becomes more important with the great sense of mortality. I feel them saying to me ‘As we are now, so shall you be.’ But we all will, in time. 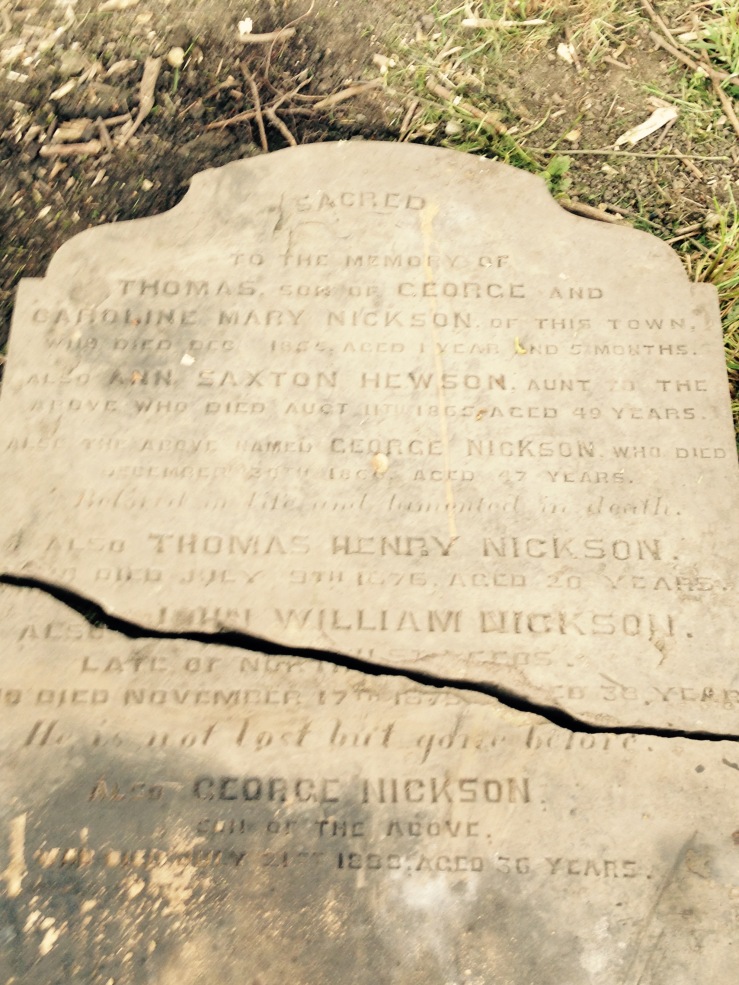