Modern Crimes is out, and the first feedback from readers has been incredibly gratifying – people seem to love Lottie. But how did those first policewomen in Leeds come about? Well, let me tell you a (true) story…

When the First World War broke out in 1914 it took a heavy toll on the police in Leeds. As soon as hostilities began, 51 constables who were in the Army Reserve were called up to their regiments and any more answered the call. The force was already understaffed, so Special Constables were recruited for the duration, men who were unable to join the forces, usually for health reasons. At its peak there were over 2,000 of them, some working in plain clothes, others undertaking crowd control, point duty, even on the beat in the suburbs.

With the start of the war there was also a spike in the number of women and girls who were involved in criminal offences. That needed a response that went beyond the Specials. So, by December 1914, Voluntary Women’s Patrols had been started, initiated by the National Council of Women.

They were limited to a few areas? And where were the hotspots? Perhaps surprisingly, Headingley, near the rugby/cricket ground, Chapeltown Road, and Woodhouse Moor. Soon that also included the market area and Briggate.

What could the patrols do?

As the Chief Constable’s report in 1916 read: “The object of the Patrols is to define and assist in promoting a higher moral code among girls, and so to guide and encourage them that they will have every hope of becoming self-respecting citizens.”

What exactly did that mean? Essentially to try and keep them on the straight and narrow in society’s terms, which were very prim and proper. Remember, there was a dearth of men around as so many had joined up (or later conscripted) – one in four of the total male population. Where many girls might normally have been courting, there was no one to step out with now. Very often girls were working in factories instead of as domestic servants. They had more money and more freedom, always a potent combination. A few probably ran wild, as did a few children with no father at home.

The women of the Voluntary Patrols had no powers of arrest or detention. They might give someone a talking-to or even a clout, but they could go no further. For the system to work the job required tact, empathy, and the ability to persuade. Did it work? Apparently so: by 1916 only six per cent of juveniles brought before the court were girls.

As to any problems with women and crime, the report didn’t address that…

Towards the end of the war the National Union of Women Workers tried to have women from the Voluntary Patrol in Leeds enrolled as regular police constables. But the city wasn’t too keen on the idea. Instead, in September 1918, two months before fighting ended in France, the Watch Committee decided on a compromise. It would spend £100 a year (plus uniform) for one policewoman, who would have restricted duties (doing little more than the Voluntary Patrols). They placed an advertisement in the Yorkshire Evening Post. 44 women applied for the post, including Mrs. Florence E. Parrish, who was already Chief Patrol Officer and Secretary of the National Union of Women Workers Committee in Leeds.

She was 45 years old, married, certified as a teacher, with a diploma from Leeds University in social organisation and public service, as well as being an experienced social worker. In other words, uniquely qualified for what must often have proved a frustrating post.

But there, in the First World War, are the roots of the female police officers and PCSOs (and of my fictional 1920s policewoman, Lottie Armstrong) we see on the streets of Leeds today. Next time you’re on Woodhouse Moor and wandering around the market, have a think about morals and the influence of the Volunteer Patrol. 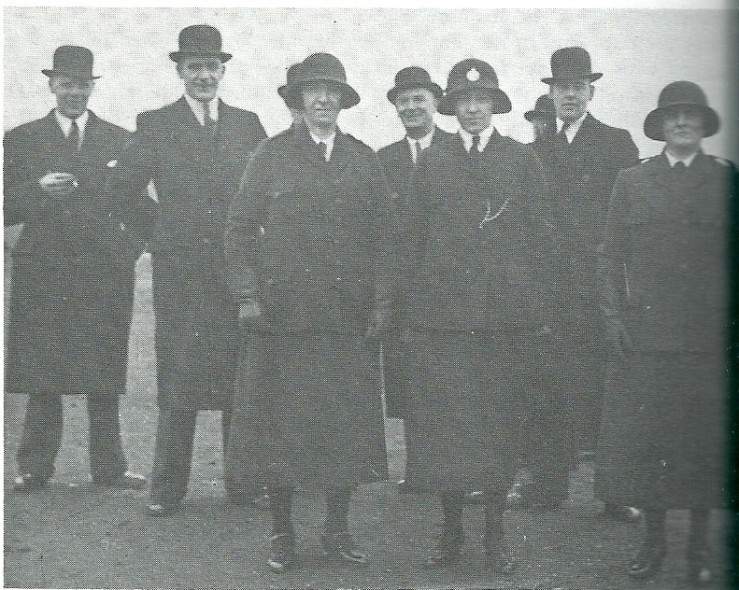