That’s hardly a revelation, I know.

The crimes are the spine of my books. But I try to put a little more meat on the bones. The relationships between the characters and the changing face of Leeds itself.

It fascinates me, I try to make it a character in itself, and I find it vitally important. Nowhere is that change more apparent than in the late Victorian series with Detective Superintendent Tom Harper and his wife Annabelle

He’s grown up with the changes in Leeds. By 1890, when Gods of Gold is set, the first organised slum clearance was already underway, a number of the yards and courts between Briggate and Lands Lane already demolished to make way for Thornton’s Arcade and Queens Arcade. Before that, things had simply gown in the space, the original plots built over, the poor crammed away, out of sight. 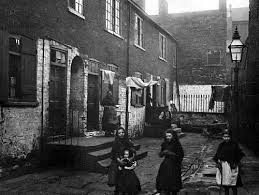 Many of the places where he’d walked a beat when he started out as a constable had vanished by the time he was a Detective Inspector. The city – and it did finally become a city in 1893 – had a better water supply, the laws across England had changed to give children a little more education before they were sent out to work (although families still had to pay for any secondary education, something most could afford). That same year, Leeds was described as “a great hive of workers…whose products have the whole wide world for their market…her nine hundred factories and workshops, monuments of the wealth, industry and mercantile prestige.”

The workers who created those products saw little of that wealth, of course. They worked long hours for very little money. Few benefits, and any semblance of compassion depended on the owners of the factories. Between them textiles and engineering employed around have the workforce in Leeds – men and women.

It was a place with 23 tanneries and 200 cabinet makers. Leeds was changing, but for many, that change was happening slowly. Not many years before, 50 dead animals were pulled out of the river every single day. A Royal Commission heard that “hundred and thousands of tonnes per annum of ashes, slag, cinders, refuse from mines, chemical works, dyeing, scouring and fulling, worsted and woollen stuff, shin cleaning and tanning, slaughter, house garbage and sewerage from towns and houses” ended up in the Aire. Only around 3,000 houses in Leeds had flushing water closets. For everyone else, there was the midden.

That was the reality of the Leeds Tom and Annabelle Harper knew as they grew up, even when they were adults. The grand buildings – the Town Hall, the Corn Exchange –  might have been the public face of Victorian prosperity. Peek behind the curtain, though, and the reality, quite literally, stank.

No surprise, perhaps, that contagious diseases were rife. People died of typhus, whooping cough, diptheria, smallpox, diarrhoea – things we barely recognise today. Advances in public health, in sanitation and some of the housing were greatly lowering those figures by 1890, but they still existed.

A new Leeds was beginning to emerge. But it would still take many years to finally arrive.

The average wage for workers was a little over £42 a year by 1900, up from £34 in 1874. That’s an average; many, especially in unskilled jobs would earn much less, and women far, far less. Half the country’s income was taken home by one-ninth of the population, the kind of disparity still prevalent today.

The cost of living for the working-class is perfectly encapsulated in the broadside ballad “How Five-And-Twenty Shillings Are Expended In A Week”. It’s humorous, but it makes its point sharply. So many people lived hand-to-mouth. Every week, every month, every year. 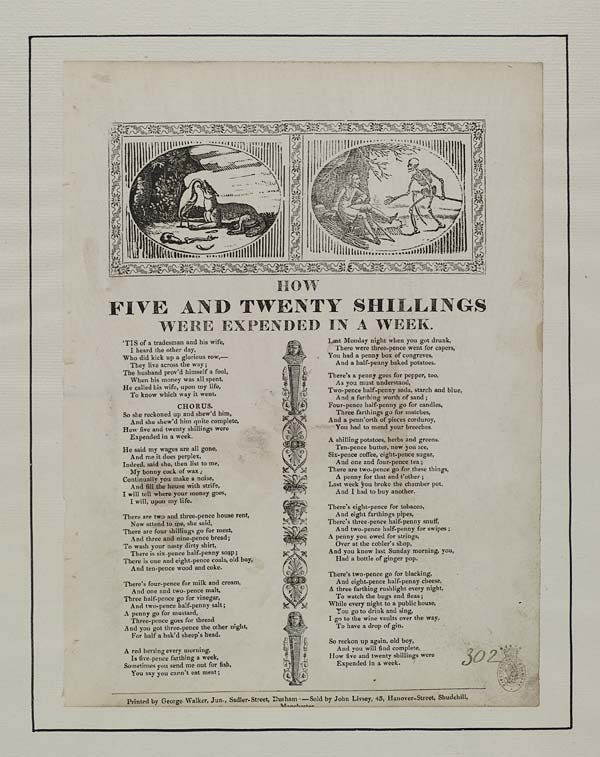 The very poor relied on outdoor relief (benefits) or the workhouse when they couldn’t look after themselves or their children. That’s the world Annabelle sees when she runs to be a Poor Law Guardian in The Tin God, the sixth book in the series. From 1873-1896, there had been a global economic depression, felt hard in Britain, especially in the industrial centres of the North. Poverty was rife, competition for jobs.

This was their Leeds, their reality. I’m still trying to grasp its essence. Maybe one day I’ll succeed.

One thought on “The Reality Of Victorian Leeds”